As a defender of the free market and of classical liberal (i.e. libertarian) principles, F.A. Hayek lived to see his doctrine and warnings justified by the failure of command and socialist economies in the late 1980's. The influence of the Kant-Friesian tradition on Hayek is evident in his use of two precepts:  Hume's principle that the propositions of ethics cannot be proven, and Popper's principle that scientific knowledge proceeds by falsification, not by verification.

Hume's principle was really just a reformulation of Aristotle's doctrine that the first principles of demonstration cannot themselves, by definition, be proven. Kant's conception of synthetic a priori propositions thus sought the truth of such propositions in some external ground that would unite subjects and predicates whose meanings are not analytically related. Hume is commonly misunderstood to doubt the reality of the principle of causality or of moral propositons expressing "oughts"; but Kant realized that Hume had no doubt of the truth of such matters and famously said that Hume's critics (showing little more understanding than many of his advocates today), "were ever taking for granted that which he doubted, and demonstrating with zeal and often with impudence that which he never thought of doubting..." [Prolegomena to Any Future Metaphysics, p. 259]. Hume merely denied that we are rationally acquainted with the necessary ground for them, as he says:

My practice, you say, refutes my doubts. But you mistake the purport of my question. As an agent, I am quite satisfied in the point; but as a philosopher, who has some share of curiosity, I will not say scepticism, I want to learn the foundation of the inference. No reading, no enquiry has yet been able to remove my difficulty, or give me satisifaction in a matter of such importance. Can I do better than propose the difficulty to the public, even though, perhaps, I have small hopes of obtaining a solution? We shall at least, by this means, be sensible of our ignorance, if we do not augment our knowledge. [An Inquiry Concerning Human Undertanding, p.32]

Hayek's entire approach to economics, in line with the Austrian School, and also exemplified by Thomas Sowell, emphasized the limited nature of knowledge. The price mechanism of the free market serves to convey information about supply and demand that is dispersed among many consumers and producers and which cannot be assembled or coordinated efficiently in any other way. The abyssmal failure of command economies, or of command devices in mixed capitalistic economies, vindicated the prediction originally made by Ludwig von Mises in 1920, and later promoted by Hayek, that only a free market could coordinate an efficient allocation of resources into productive industries. Hayek thus shared with Hume a profound conviction that we should be "sensible of our ignorance." Hayek also shared with Hume the conviction that the "foundation of the inference" to propositions of ethics or politics was not necessarily available to us. Like Hume too, Hayek had a strong sense that history was a discovery process when it came to ethics and politics.

Hayek's theory in that respect, however, reflected Karl Popper's view that propositions of ethics or politics can be tested with the same mechanism of falsification used by scientific method. History as a discovery process could then be a comparison of predictions with consequences. In Friesian terms, that leads us back to the virtues and weaknesses of Popper's theory, since falsification does not provide the Kantian ground for the truth of synthetic a priori propositions. Nevertheless, Hayek's Kantian understanding of Hume and his use of Popper's Friesian logic do provide us with epochal principles of political economy that are ultimately conformable to Kant-Friesian principles.

Hayek's personal and professional relationship with Popper, whom he helped in his career, was somewhat ironic considering that Hayek was a cousin of the philosopher Ludwig Wittgenstein (1889-1951), with whom Popper disagreed on almost every conceivable philosophical issue. Popper's critique of Wittgenstein's Tractatus, in the footnotes to The Open Society and Its Enemies, was devastating; and after World War II there was a famous incident when Wittgenstein furiously stalked out of a talk by Popper. Popper was told that he had been the first person to interrupt Wittgenstein the way Wittgenstein interrupted everyone else. Since Hayek wrote about seeing Wittgenstein behave in just such a way, it is often supposed that he was present at the confrontation between Popper and Wittgensgtein. He was not but simply had seen similar behavior on other occasions. 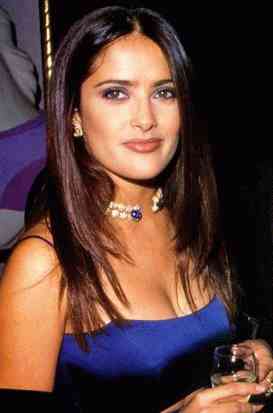 Yes, the other, or perhaps the principal, famous Hayek in contemporary culture is the stunning actress Salma Hayek.

The obvious question would then be "Any relation?" Probably not, but one can never tell. "Hayek" is a Czech name, Hájek. Since F.A. Hayek was Austrian, it is not at all surprising that he might have a Czech, or Bohemian, name, since Bohemia was long part of the Hapsburg domains of Austria.

With Salma, we have something else. She was born in Mexico. It is reported that her father was Lebanese and her mother Spanish. There is a name in Arabic that could be rendered "Hayek," Ḥâʾik,

Now, there are many German, even Bohemian, immigrants to Mexico. There is even a "Bohemia" beer made in Mexico. The existence of Mexican Czech Hayeks is thus to be expected. Such an origin of Salma's name would not be surprising, but apparently the explanation is her Lebanese connection instead.

Salma Hayek would probably not care for F.A. Hayek's economics or politics. Her movie Frida [2001] was about the famous Mexican artist Frida Kahlo (1907-1954). The movie included the story of her affair with Leon Trotsky (1879-1940), who was in exile in Mexico. This left the impression that Kahlo, like Trotsky, was opposed to Josef Stalin, who, of course, had Trotsky assassinated -- the famous ice pick.

However, Kahlo and her husband, Diego Rivera (1886-1957) then became serious Stalinists, which seems inconsistent with their previous regard for Trotsky. This probably tells us, on the other hand, that the fasionable Communist sympathies of Kahlo and Rivera were superficial and confused. The movie avoids getting into this, which would not put Kahlo in a favorable light. But, after all, she was an artist, not a philosopher. Communism probably sounded good, as long as you didn't need to live under it.