A legal case has come to my notice through an article in The Wall Street Journal. This concerns a Montana man, Joe Robertson, in "A Navy Veteran Went to Prison for Digging Ponds in the Mountains," by Ethan Blevins, a lawyer for the Pacific Legal Foundation [April 27-28, 2019, A11].

This involves the irresponsible and extra-constitutional authority of the Federal "Envirnomental Protection Agency" (EPA), which despotically legislates as an Administrative Agency and is able to put people like Joe Roberston in prison for the innocent use of their own land. As Thomas Jefferson said, "This is not the government we fought for." 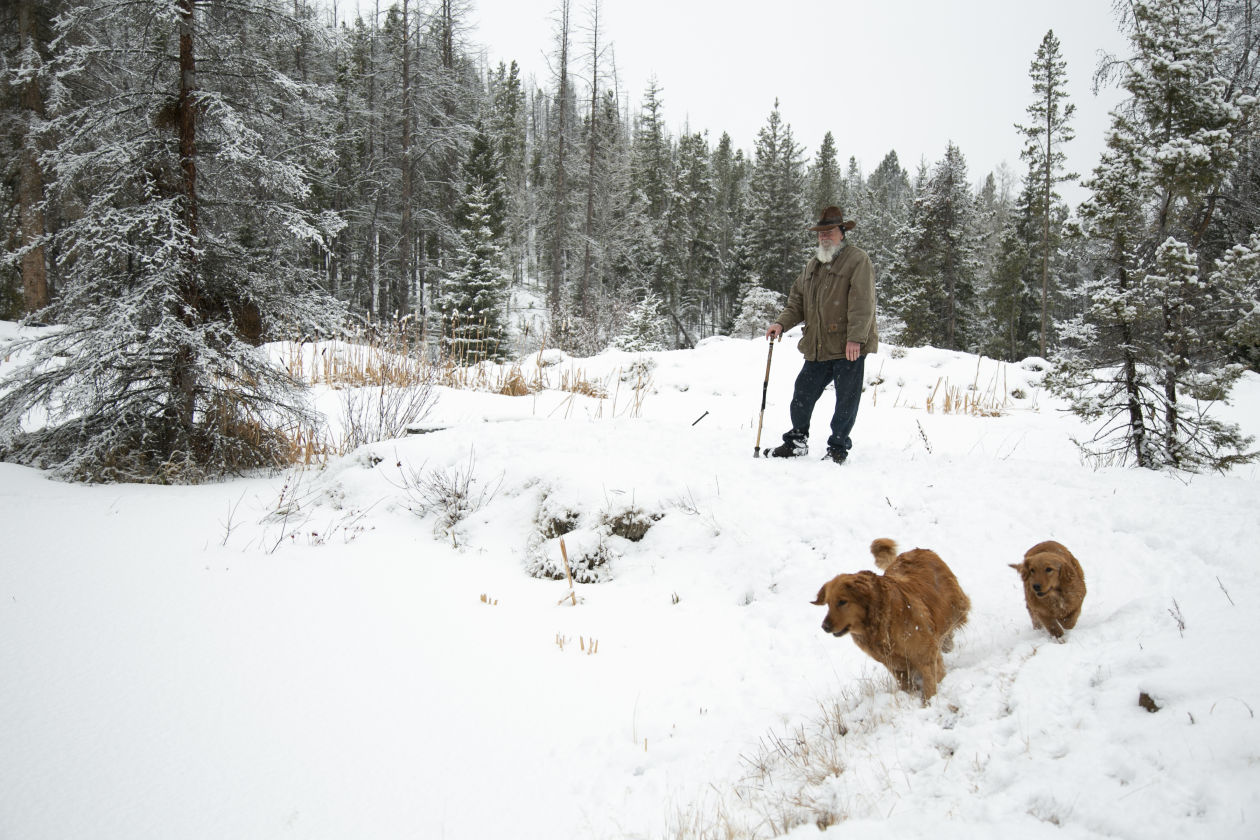 Every single person responsible for this injustice deserves to burn in hell, from the EPA agents and officers, to the United States prosecutors, to the judge in the case. These people put a man in prison for 18 months, a man who has just died at 80 years-of-age in March, 2019. He did nothing wrong. He violated no laws. He harmed no one. He damaged nothing.

Yet a large number of people made and allowed this to happen. And I doubt that the judge told the jury in the case that it had the power, the right, and the responsibility to protect Joe Robertson from the vicious tyrants who were persecuting him in his old age. Instead, I expect that the judge required the jurors to swear an unconscionable oath to follow his instructions and convict a harmless man for violating the "regulations" of a bunch of corrupt, faceless bureaucrats who were without any sense of honor, justice, or morality, let alone compassion, mercy, or decency. I expect they have no shame. Perhaps Dante would have them in Hell without faces, since they do their evils in anonymity.

Now, I hope, it is Joe Roberson who is preparing the prosecution in the Divine Justice Department; and, if there is a just God, the people who wronged him will find themselves before a very different kind of Court, with a Judge who will apply the very marvelous Chinese principle of

, "Reversed Judgment," against these vile clowns. Repent, creeps. It is better to repent than to burn (1 Corinthians 7:9).

Joe Robertson was convicted of "discharging" pollutants into the "navigable waters" of the United States. His land was 40 miles from the nearest "navigable waters," but it had on it a small stream, "about a foot deep and a foot wide." Robertson and his wife enlarged the steam into some ponds along its course. To do this "legally," he would have needed a permit from the EPA, requiring "an average of 788 days and $271,596 to obtain." No one on the spot could have imagined any need for such a thing. For "discharging" pollutants (mud?), he was sentenced to the 18 months and fined $130,000.

Whenever the offense inspires less horror than the punishment, the rigor of penal law is obliged to give way to the common feelings of mankind.

Before Robertson died, this case was appealed all the way to the United State Supreme Court, with the help of the Pacific Legal Foundation, on the principle that the law is unconstitutionally vague, let alone that a small mountain stream is not part of the "navigable waters" of the United States, which was the handle by which this was a matter of Federal legislation. The Supreme Court accepted the appeal but, for the time being, sent it back to the Ninth U.S. Circuit ("Circus") Court of Appeals because of Roberton's death.

When Congress passed the Clean Water Act in 1972, the phrase “navigable water” meant interstate waters that were actually usable for trade and travel. By 1986, regulators from the EPA and Army Corps of Engineers had stretched the term to include tributaries of interstate waterways and adjacent wetlands. Next, they expanded the language to include isolated pools, with the flimsy excuse that such waters had an interstate character because migratory birds landed there on occasion. Then came temporary streams, drainage ditches and so on... even to dry ditches in the desert.

In all this, one may get the feeling that the purpose of all Federal action is to strip the property rights from all land owners. Whatever you want to do with or on your land, you need expensive and protracted permission from a bureaucrat, who regards himself as a dictator and you as a peon or slave of the government. Allowing this to go on -- and the EPA has been doing it for years -- means the absolute destruction of all the principles of the Republic -- the end of "government by the people, of the people, and for the people." Of course, that is just what the ruling class wants. It can taste tyranny, and it wants more of it.

I wish that we did not need to wait for the Hereaflter and for Divine Justice to right all the wrongs that are effected. But there is no end to the evils of the world. Yet, any of us may end up in an American courtroom where something like this is going on. Most people on jury duty blindly forswear their conscience and do what they are told. If only enough people knew better, it could make a difference. Too often, it is only afterwards that jurors realize how they were made accomplices to injustice, and even to lies and corrupt practices, stripping them of their own rights. This is not just wrongful, it is a conspiracy of long standing.