handouts in the philosophy classes of K.L. Ross at Los Angeles Valley College. The following is an index by class of these materials and of syllabi for previous classes. Note that the "Return to Home Page" link in the essays themselves will go to the home page of the journal, not back to this page. The "Back" function of the browser should be used to return here.

The photo right shows the "Proceedings of the Friesian School" banner for the 50th anniversary of Valley College in 1999, hanging outside U.S. Grant High School, from which I graduated in 1967.

The photo below is a group of my colleagues from Valley College at a retirement luncheon shortly before I retired in 2009. But it's not my retirement luncheon. By now, I fear that several of these people have passed away; and it has been long enough I'm not sure I remember everyone's name. Well, they haven't kept in touch, and my own efforts were rather sporadic. I'm the guy with the white beard and the glasses. In front of me, camera right, is Lisa Raskind, who took a year off to have a baby, which is how I got my job. I taught her classes before they miracuously came up with a position for me. I had known her at UCLA, but she didn't even remember me. Nevertheless, thanks to her I met my wife. While on leave, she passed along an invitation from her dissertation adviser, Kees Bolle, to attend an event where I met another one of his students, who I started dating. One thing led to another. Our wedding reception was also at the Sportsman's Lodge, in Sherman Oaks, where this luncheon took place. 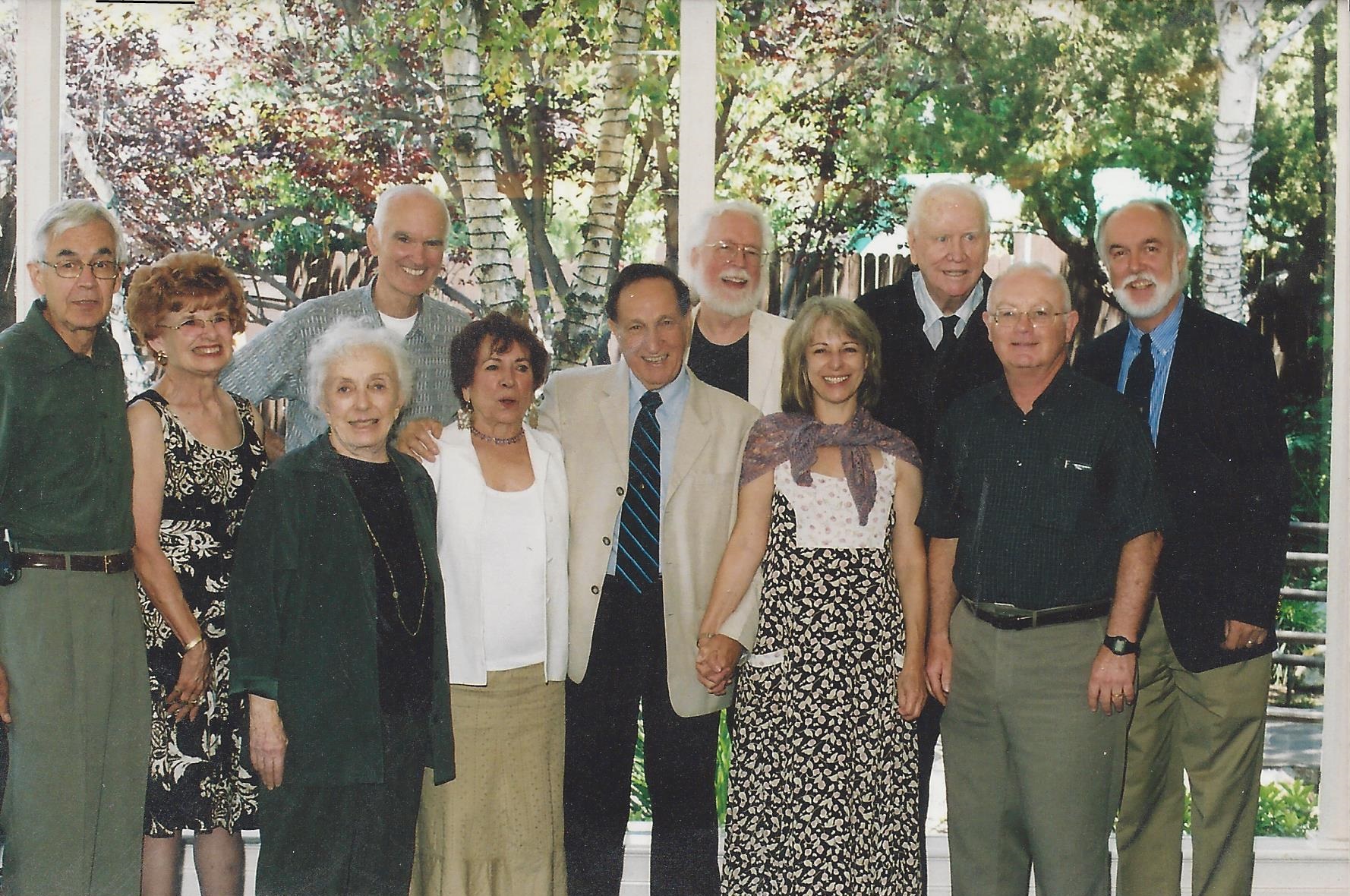 Spring 2009 was my last semester at Valley College. I retired in June, 2009. I began teaching at Valley in the Fall of 1987. I did not own a computer or a cell phone back then. Few people knew about the Internet, and there really wasn't a hyperlinked Web yet anyway. Without caller ID, I had to answer all those annoying phone calls from people selling things, asking for money, or trying to run a con. The job search to hire my replacement was successful, despite the problems with the State Budget in California. Without that hire, the Philosophy Department at Valley would have had no full time faculty -- when once it had seven, with people like Roy Beaumont. Already the last of the Friesians, I did not want to be the last tenured philosopher at Valley.

Note on Viewing and Printing These Pages

A few people may find the format of some pages on this site, with white print on a black background, hard to read -- though there are now very few pages like this. There also may be difficulty printing out pages from the screen, since, if the background is disregarded, the white type will print out as blank pages. These problems can be overcome in the web browser Netscape by opening the "Options" menu, going to "General Preferences...", and then to "Colors." On the "Colors" menu, the default options should be set as desired, and then the box at the bottom of the menu that says, "Always use my colors, overriding document," should be marked. The appearance of the screen can thus be set to taste; and with dark type on a light background, pages will print out normally. Other browsers may make similar provisions for overriding the format of the document, though I have been unable to find such settings on, for instance, the Microsoft Internet Explorer. Most pages not directly linked to the Friesian Home Page are being converted to black on white format, so these difficulties will not always be encountered.

Note on the AFT Union

View a copy of the pledge, of December 2, 1975, by which the AFT (American Federation of Teachers) Union promised not to seek an Agency Shop in the Los Angeles Community College District. After the District was unionized, the AFT Union did secure Agency Shop status, which means that non-union teachers involuntarily pay fees to the union. By law, such fees are not supposed to be used for political purposes, without permission of individual members, but the union consistently expresses political preferences in its ordinary communications and activities. The union likes to call the fees a "fair share" of expenses incurred in its legally mandated activities in representing teachers. However, the union has itself engineered those legal mandates; and in representing teachers, the union simply turns teachers into another rent seeking interest group, contributing to the corruption of American politics and education. Proposition 226 was on the ballot for the June 2, 1998, primary election to provide dissident workers with more power against the unions; but, after a massive television campaign of distortion and misdirection, the measure unfortunately lost.

If once they ["our people"] become inattentive to the public affairs, you and I, and Congress and Assemblies, Judges and Governors, shall all become wolves.